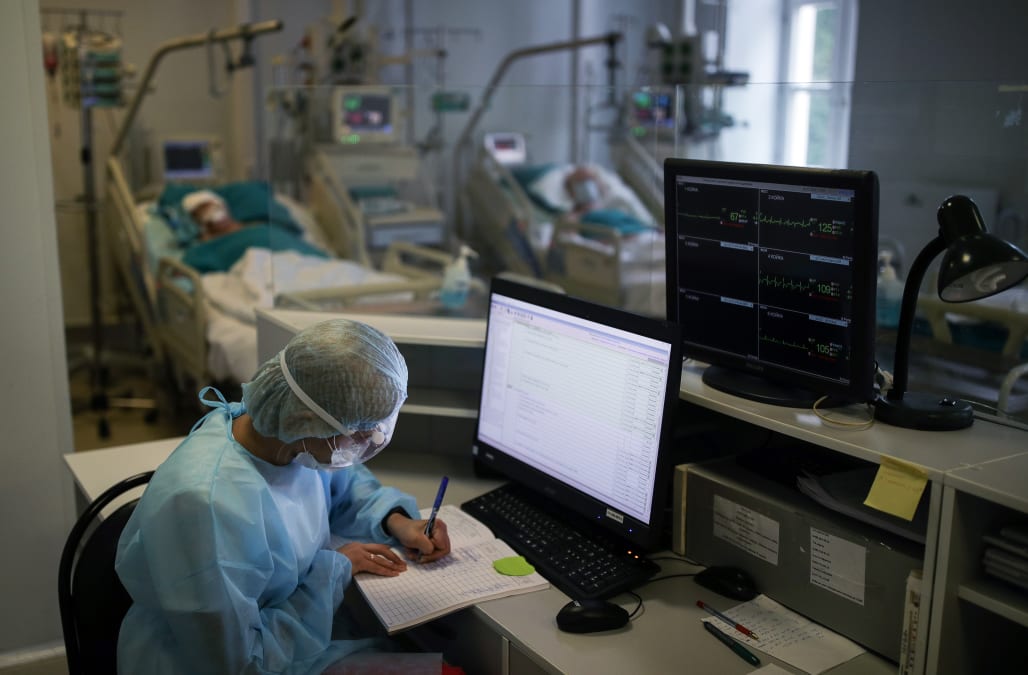 As cases of COVID-19 continue to spread, infecting more than 13 million people worldwide, experts are still studying exactly how the virus manifests. In the Centers for Disease Control and Prevention’s Mortality and Morbidity Weekly Report, the organization shared a more in-depth look at patients with COVID-19 in 16 cities, from Jan. 19 to June 3.

Of the 164 patients involved in the analysis, all of whom were symptomatic, 96 percent reported experiencing one of the three hallmark symptoms of COVID-19: fever, shortness of breath or chest pain. But those were far from the only symptoms reported. Dr. William Schaffner, an expert in infectious diseases at Vanderbilt University School of Medicine, explains.

“You have a whole spectrum of symptoms. Cough, shortness of breath and fever were the ones that were early recognized and focused on,” says Schaffner. “But once we were testing more broadly, we became aware that COVID didn’t just present with chest symptoms and fever … we got kind of a clearer picture.”

The authors are quick to note that the study is a limited sample, one that excludes asymptomatic individuals and therefore cannot be used to draw conclusions about “the spectrum of illness severity.” But to help unpack what the report revealed — and what, in general, we know about symptoms thus far — here’s a breakdown of what you need to know.

Fever, shortness of breath and chest pain are prominent symptoms.

One of the main takeaways from the study is that, at least in this cohort, the vast majority of those surveyed experienced fever, shortness of breath or chest pain, “typical symptoms” (as labeled by the CDC) — and also some of the earliest reported. These symptoms were more likely to occur concurrently in more serious cases, with 68 percent of hospitalized patients experiencing all three.

Age can play a role in the prevalence of these typical symptoms.

While young people are certainly not immune to the virus, the CDC’s study did find evidence that increasing age may play a role in symptoms, particularly when it comes to the three typical symptoms. In the group studied, reports of fever, shortness of breath and chest pain occurring simultaneously increased with age. Thirty-eight percent of those aged 18 to 44 experienced all three symptoms, compared to 48 percent of those aged 45 to 64, and 56 percent of those 65 and older.

Although early on in the crisis experts believed COVID-19 to be purely a respiratory illness, studies in the months since have shown that it can impact the gut as well. Half of the 164 patients in the CDC’s report experienced gastrointestinal symptoms — most commonly diarrhea and least commonly nausea. Gastrointestinal symptoms have also been commonly reported in children, who were not studied in this report.

On top of the more typical symptoms of the virus, the CDC’s report showed that many with symptomatic COVID-19 experienced generalized symptoms that can sometimes be mistaken for other illnesses. Sixty-three percent reported experiencing myalgia (muscle pain), another 63 percent had chills, 62 percent felt fatigued and 59 percent experienced headaches.

Schaffner says that, in some cases, this impact on other organs may show that the virus has entered the bloodstream — which can be more serious. “One of the things we’ve learned that it can affect the vascular system, the blood vessels and it kind of influence the clotting mechanism,” says Schaffner. “So we can anticipate that now and do something about it in advance.”

Loss of taste and smell may be associated with milder cases.

Some have theorized that symptoms reported later in the pandemic — such as gastrointestinal symptoms — signal a mutation, but Schaffner points out an important distinction in this study: that they coincided with expanded testing. “I think one of the more important sentences in this report is that, ‘Symptoms reported during a period of broader testing eligibility might reflect a more complete COVID-19 symptom profile,” says Schaffner. “What they mean is that during this period, when these data were accumulated, testing was actually focused largely on people who had the typical symptoms. … As we open up later, and the authors recognize to test a broader range of patients. You’ll get more symptoms.” The finding illustrates the importance of testing in general, not only for safety but to fully understand the virus.

It remains unclear at this point exactly how many individuals show symptoms of the virus and how many either have a delayed onset of symptoms (called “presymptomatic”) or show no symptoms whatsoever (“asymptomatic”). Schaffner says it’s important that the CDC’s study not be interpreted to mean that, without a cough or fever for example, you don’t have the virus. “This is an analysis of people who did have symptoms and what the symptoms were,” says Schaffner. “But you can be totally without symptoms and still have the virus.”

For the latest coronavirus news and updates, follow along at https://news.yahoo.com/coronavirus. According to experts, people over 60 and those who are immunocompromised continue to be the most at risk. If you have questions, please reference the CDC’s and WHO’s resource guides.

Read more from Yahoo Life:
Why didn’t summer kill the coronavirus? Experts explain what White House officials were missing
‘I’m proud of my disability’: How a wheelchair ramp and the ADA changed my life
Woman who woke up from surgery with hair braided by doctor makes the case for more Black physicians: ‘It can save lives’