Writing in the journal Nature, a team of researchers from University College London warned that animal pathogens are increasingly likely to make the leap to humans as land use changes benefit animal hosts.

The United Nations estimates that three quarters of land on Earth has been severely degraded by human activity since the start of the industrial era.

An insatiable surge in food consumption means that one third of all land and three quarters of all fresh water is given over to agriculture.

Land used for farming is expanding every year, often to the detriment of natural havens such as forests, home to wild animals that carry numerous diseases from which humans can fall ill.

The UCL team looked at more than 6,800 ecological communities from six continents and found that animals known to carry pathogens – such as bats, rodents and birds – are more common in landscapes intensively used by humans.

They said their findings show a clear need to change how we exploit land in order to reduce the risk of future pandemics. “The way humans change landscapes across the world, from natural forest to farmland, has consistent impacts on many wild animal species, causing some to decline while others persist or increase,” said Rory Gibb, from UCL’s Centre for Biodiversity and Environment Research.

“Our findings show that the animals that remain in more human-dominated environments are those that are more likely to carry infectious diseases that can make people sick.”

More than half of agricultural land increase is being carved out of Earth’s forests, according to the UN’s biodiversity panel.

COVID-19, which has infected more than 18 million people and killed more than 7,00,000, is almost certain to have originated in animals before passing to and spreading among humans. 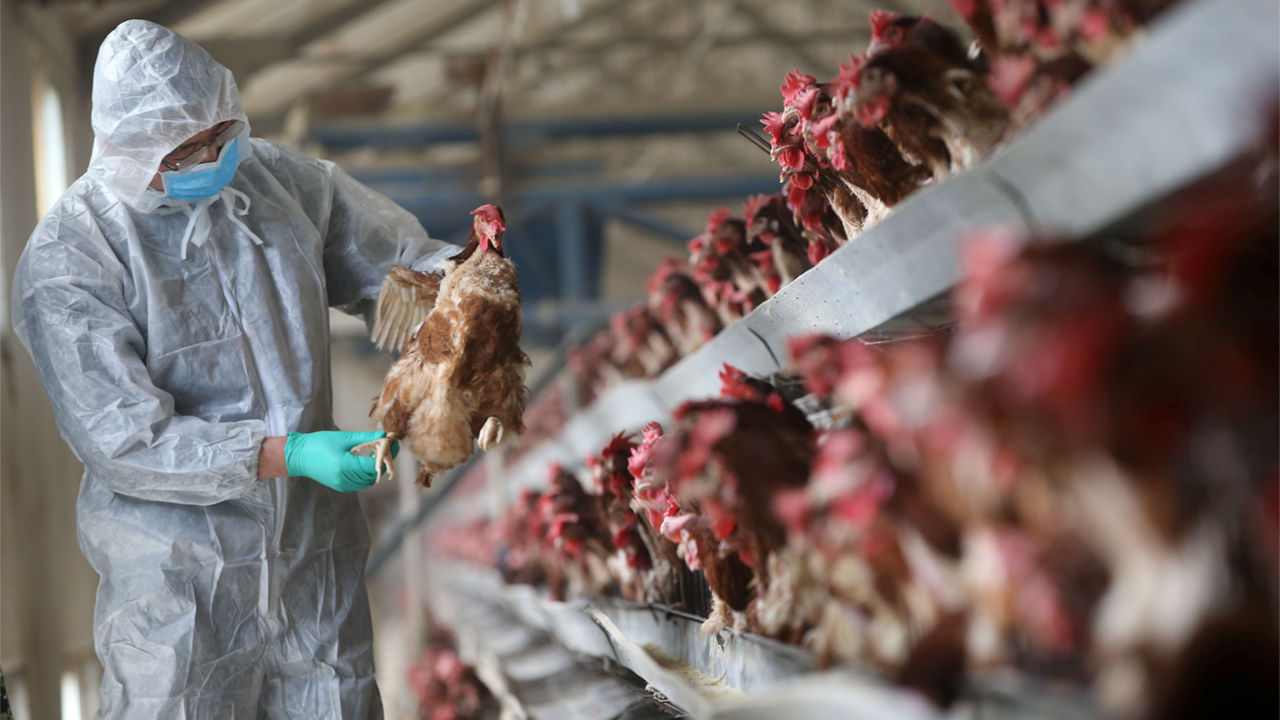 A veterinarian checks on chickens for symptoms of avian flu. Image: Science

The novel coronavirus is just one of several deadly viruses that have made the leap from animals, which carry thousands of types of microbes that may be harmful to humans.

And as the disease reservoir gets squeezed ever tighter, the risk of leaks rises.

“As agricultural and urban lands are predicted to continue expanding, we should be strengthening disease surveillance and healthcare provision in those areas that are undergoing a lot of land disturbance,” she said.

David Redding, also a UCL co-author, said he hoped the research would change the way people think about sacrificing nature for food.

“I think it is important that we make a strong and persistent link between economically driven [often from Western markets] land-use change and indirect costs to local and global human populations, such as zoonotic disease outbreaks,” he told AFP.