Moderna’s experimental coronavirus vaccine successfully induced an immune response in all of its volunteers during its early-stage trial, according to the results of the trial published on Tuesday, July 14. 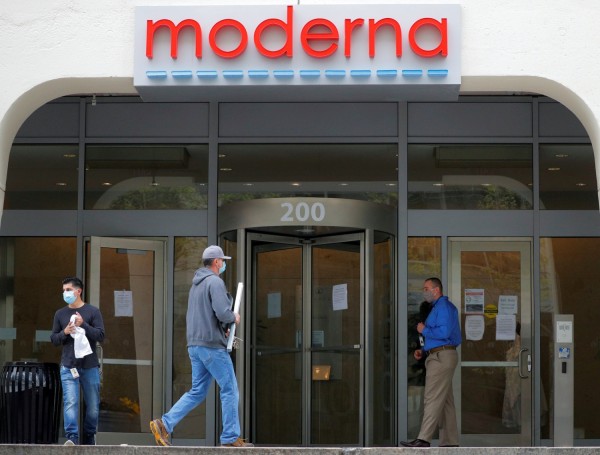 The preliminary report written in the New England Journal of Medicine says that all of the 45 volunteers involved in the study tolerated the vaccine well, and showed no adverse reactions to the jab.

Run by the National Institutes of Health, the study revealed that some antibodies were formed after an initial dose of the vaccine. However, a second dose four weeks later was necessary for volunteers to show a drastic immune response.

According to Moderna Chief Executive Officer Stéphane Bancel, the results of the study were encouraging. He added that the results represented an important step forward in the clinical development of mRNA-1273, the company’s vaccine candidate to fight COVID-19.

There are many matters still left unknown about immunity. Experts are still trying to figure out whether antibodies actually protect against infection. Furthermore, it is still unclear just how much protection would be gained from getting antibodies.

Recent reports claim that antibodies formed from a previous infection of the coronavirus only gave off a maximum of two to three months of protection. The new data was according to a study published on June 18 in the journal Nature Medicine.

On July 27, Moderna is expected to initiate a much larger-scale study of the vaccine. A stage three trial will involve 30,000 participants across 87 locations. Moderna’s stage two trial began enrollment in late May.

On a government website’s post, the company detailed how the next phase will involve one group being injected with 100 micrograms of the vaccine on the first day. After 29 days, the second dose will then be given. Furthermore, a second group will receive injections of two doses of a placebo for comparison.

The initial stage of the trial concentrated on ensuring that the vaccine was safe in a small population. It also narrowed down its dosage. Moving forward, the next phases will ultimately prove efficiency in a large population.

A Lot Left to Prove

According to the recent findings of the study, systemic adverse reactions that followed the second dose of vaccination included headache, chills, fatigues, and muscle soreness. Furthermore, participants reported that the symptoms were temporary and mild to moderate in severity.

The trial enrolled 45 robust volunteers aged 18 to 55 years old at locations in Seattle and Emory University in Georgia. The trial participants were parted 50-50 between men and women. They were then tested with three dose levels of Moderna’s vaccine at 25, 100, and 250 micrograms.

According to Penny Heaton, the CEO of the Bill & Melinda Gates Medical Research Institute, the speed with which Moderna was able to obtain results was “remarkable”, but still, she urged caution.

She adds that many clinical trials that enter phase three fail due to the incorrect identification of the dose that best balances safety and efficiency. Moreover, the dosing regimen for Moderna’s mRNA vaccine is still under scrutiny.